How to watch The Good Doctor season 4 from anywhere

Season 4 of The Good Doctor is premiering on Monday, November 2 at 10 p.m. ET on ABC. When the network announced the news, no additional details were given, but we're crossing our fingers that more details will be shared before the show returns. After its fall premiere, fans can anticipate a brief hiatus in December followed by a mid-season return at the start of the following calendar year.

Sadly, not all of The Good Doctor cast is returning for the fourth season. As fans know, Melendez died from major internal injuries — marking actor Nicholas Gonzalez’s last appearance as the surgeon. Shortly after the season 3 finale, TVLine also announced that actress Jasika Nicole would not be returning as Dr. Carly Lever. 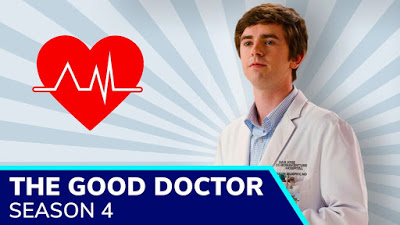 How to watch Good Doctor season 4 on ABC outside the United States?

The problem is that ABC has set up geolocation control to protect their content like all TV sites. This is why your access may be blocked if you are not located in the United States.

To unlock ABC, you must change your IP address in order to appear as an American. The best way to do this is to go through a VPN like FlyVPN. Just choose a VPN server located in the United States from FlyVPN. Once the connection is established, you will be able to bypass ABC's geolocation control and watch Good Doctor Season 4 without waiting on ABC from any country.

Here are the steps to watch Good Doctor Season 4 without waiting on ABC with FlyVPN:

1. Download and install FlyVPN on your PC or smartphone.

2. Subscribe to FlyVPN or use the free VPN service.

3. Start FlyVPN and connect to a VPN server in the United States.

In addition, FlyVPN has launched VPN Client for Windows, Mac, and Linux and VPN app for iOS and Android. So you can watch Good Doctor season 4 on all these devices.