Recent articles > How to watch MLB All-Stars 2019 from anywhere

How to watch MLB All-Stars 2019 from anywhere

The 2019 Major League Baseball All-Star Game is the 90th Major League Baseball All-Star Game. The game will be hosted by the Cleveland Indians and is scheduled to be played at Progressive Field on July 9, 2019.Fox has been a national M.L.B. television rights holder since 1996 and became an exclusive national broadcaster four years later. Each year, Fox airs Saturday regular season games, the All-Star Game, and several playoff series, including the World Series. 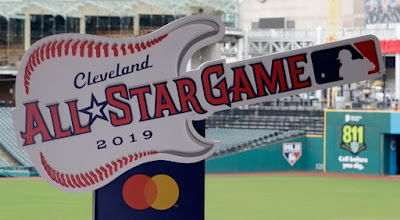 2. Download and install the FlyVPN app for one of your favorite smart devices.

3. Start FlyVPN and connect to a VPN server in United States.

4. Watch the 90th MLB All-Stars Game live wherever you are.

In addition, FlyVPN has launched VPN Client for Windows, Mac and Linux and VPN app for iOS and Android. So you can watch MLB All-Stars 2019 on Fox Sports on all these devices.We must also know that FlyVPN offers free trial VPN service. By using FlyVPN iOS or Android App, you can get 14 days free VPN. You can use your free account to test or familiar with the FlyVPN service.