Recent articles > How to unblock TikTok in the US and India

How to unblock TikTok in the US and India

TikTok is a popular application made for creating short videos and sharing them with millions of other users around the world. It’s fun, convenient, and entertaining. TikTok is having an awful year so far. On 3 August 2020, US President Donald Trump threatened to ban TikTok in the United States on 15 September if negotiations for the company to be bought by Microsoft or a different "very American" company fail. On 6 August, Trump signed two executive orders banning US "transactions" with TikTok and WeChat to its parent company, ByteDance, set to take effect 45 days after the signing. It has been banned by the government of India since June 2020 along with other Chinese apps in response to a border clash with China. 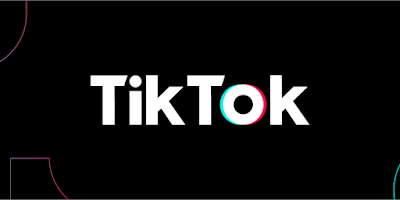 The banning of a certain app relies on a user’s IP address, which helps in determining his/her location. If the IP address is in the country where the ban is in place, the app can’t either operate or get downloaded. A VPN allows users to change their IP address, encrypt their data, and cloak their browsing activities. Once the users connect to a server in a country of their choosing, the VPN hides their original IP address and replaces it with a new one based on the server they’re connected to.

1. First, sign up with a VPN provider. We recommend FlyVPN for the best overall performance.

2. Second, download and install the VPN app on your device. You’ll find clients on iOS, Android, PC, and Mac.

3. Launch the app, sign in, and connect to a server outside the US or India (Where TikTok is not banned).

4. Launch TikTik and enjoy it.

We put FlyVPN as our number 1 choice based on excellent reviews from its users. Its 1,000+ VPN servers in 40+ coutries. TikTok users in the US and India have almost indefinite options to choose from. FlyVPN boasts a series of robust security features including 256-bit encryption, DNS leak protection, perfect forward secrecy, and a kill switch that stops data transfer whenever you lose connection to the VPN.  FlyVPN offers user-friendly software for Windows, MacOS, and Linux PCs, as well as apps for Android and iOS.

Finally, FlyVPN offers paid VPN and free trial VPN service. Simply create an account or in FlyVPN client or App, you can get 3 days free VPN for the first time. After 3 days, you can use FlyVPN 3 times a day, 20 minutes each time.